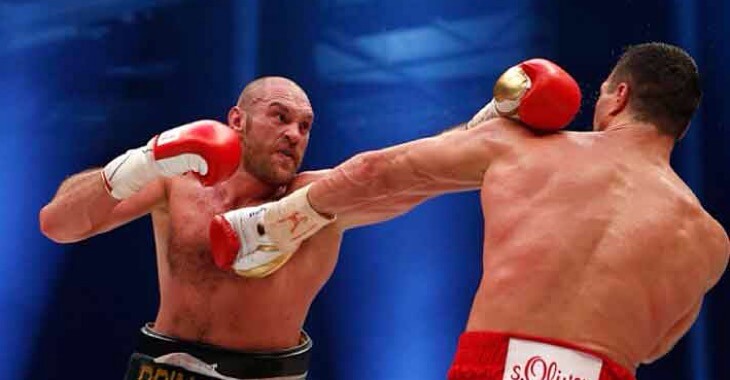 Tyson Fury was stripped of one of his belts today for declining a mandatory fight with Vyatcheslav Glaskov for the IBF belt. The IBF canceled the purse bid for Fury vs Glazkov at the organization’s office in Springfield, New Jersey earlier today.

Fury won the IBF, WBA, (Super) WBO, IBO and unified the titles when he won by decision in Germany last month. Wladimir Klitschko, whom he outpointed convincingly throughout the contest.   The loss to Fury ended Klitschko’s nine year title run and 11 years without a loss in the ring.

For a guy that wants to fight a UFC heavyweight champion to giving Conor McGregor some verbal jabs, Fury is obviously not shy to voice his opinion about anything at all.   After losing the belt will the heavyweight champ attempt to unify the belts or be the 2nd two combat sport champion behind Holly Holm?