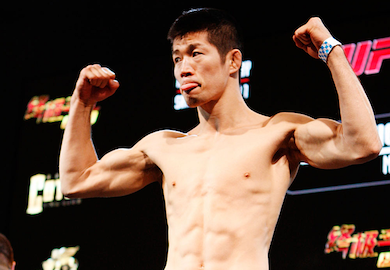 Hatsu Hioki and Ivan Menjivar had the honors of kicking off today’s UFC Fight Pass event’s main card with an exciting bout that went to decision.

Ivan Menjivar did a good job at finding a comfortable striking distance early on in the second round, but Hatsu Hioki’s grappling skills overpowered any offense Menjivar was building up towards. Menjivar pressed Hioki up against the fence twice and both times Hioki was able to turn the tables on him and land a takedown, where he almost secured submissions.

Menjivar finally started to take control of the fight in the third round when Hioki was gassed, but it was too little too late. Hioki landed a takedown at the end of the third round which almost backfired as Menjivar was able to work his way to a leg-lock. Unfortunately for Menjivar, the time expired as he was cranking and the fight went to a judges’ decision.

Hioki was given rounds one and two and was declared the winner by way of unanimous decision.