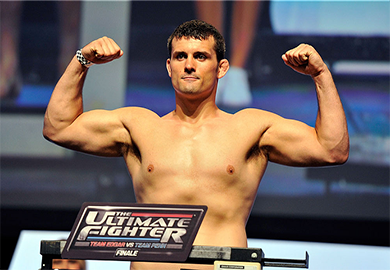 Both light heavyweights were contestants on “The Ultimate Fighter” Season 19 and had a chance to prove themselves to Dana White tonight. Daniel Spohn proved that he is not great off his back and Patrick Walsh proved he is great at controlling his opponent while on top.

Walsh dominated this fight by smothering Spohn with his grappling skills and peppering him with shots. He stayed busy enough to keep the referee from standing them up. Spohn showed decent submission defense when he fought up multiple arm-locks and a couple rear naked choke attempts, but that was all he had going for him.

The referee finally stood them up with a minute to go in the fight and Spohn did his best to end it before it went to a judges’ decision. Spohn landed some big shots and busted Walsh open, but he made a bad decision by going for a guillotine choke. Walsh’s blood actually aided him in simply slipping out of the choke and he once again gained control on the ground where the fight would end.