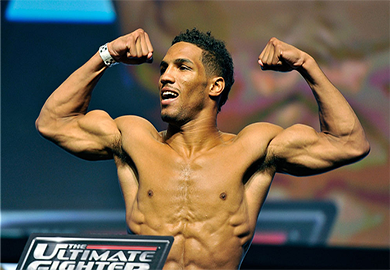 This bout may not have lived up to the expectations it had as the main-event of the preliminaries, but it was a great display of each man neutralizing their opponent’s offense.

Jesse Ronson found his range early and was able to land a couple lead uppercuts before Kevin Lee adapted to it. Since Lee adjusted, Ronson was never able to land anything definitive and worthy of mention.

Kevin Lee looked for the takedowns early and often. Ronson was able to defend more than 75% of Lee’s takedowns and actually turned the tables in the third round where it was truly anybody’s fight to win. Ronson jumped on the back of Lee who looked to be fatigued. A roll-through from Lee helped him escape the choke and he ended up on top of Ronson in side control. That was the last turn of events Ronson had to win the bout and it passed right by him.