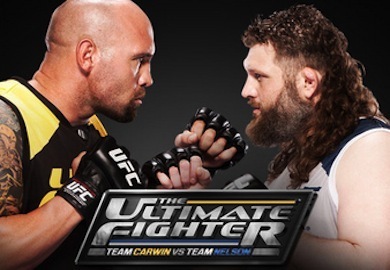 Nice to finally see good news in the realm of MMA drug test results. TUF coaches Shane Carwin (12-2) and Roy Nelson (17-7) have both passed their pre-fight drug test for The Ultimate Fighter 16 Finale which is set to take place on December 15th, at the Hard Rock Hotel and Casino Resort in Las Vegas, Nevada.

The NSAC passed the news on to several MMA media sites earlier today.

The Coaches have been verbal adversaries to one another for some time and will get the chance to finally settle their differences in a heavyweight tilt.

As for the random testing, an independent company, VADA (Voluntary Anti-Doping Agency), has been put into the MMA spotlight recently as the favored choice for several UFC fighters as their main source for random drug tests to be carried out on both themselves and their opponents to confirm that PED’s are out of the question.

For Carwin, he has been under light scrutiny for the fact that he had suffered a severe back and knee injury. Not at all to say he was using PED’s that have been banned, but instead just to make sure he wouldn’t receive any surprises when handed back failed post-fight test if he had been chosen at random.

This recent successful test of two heavyweights comes as a bright ray of sunshine as 2011 and 2012 saw a mounting number of fighters banned for a large list of substances.

The card is stacking up to be an exciting one and with the coaches set to fight, it will make for a fantastic free card.