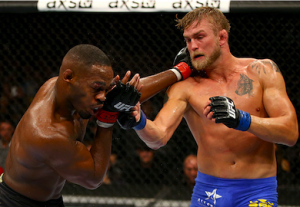 The man many people think bested Jon Jones in his latest outing stated in an interview that he was “coming home” and will no longer train side-by-side with Phil Davis, who he will likely face in the Octagon sometime in the future.

Now Gustafsson’s head coach tells the Swedish media that it was all a miscommunication:

“Yesterday was interviewed on Swedish UFC fighter Alexander Gustafsson by the Times where it appeared that Alex was eager to have their next training camp in Sweden. This statement led to more sides speculated that the collaboration between Alex (and Allstars Gym) and Alliance MMA had ended. It was speculated also that the reason behind the “breakup” would have been a match between Alex and Phil Davis was in the offing.

All these rumors denied, however, by Alex’s head coach Andreas Michael , who in an exclusive interview with Kimura.se says that the media only has Alex comments and interpreted it wrong in order to “sell” the news. Andreas says that the partnership between the Alliance and Alex / Allstar Fitness that it will continue cooperation for a long time to come. Thoughts on finishing the fine relationship that the two clubs have between them does not exist and has never existed.

Rumors of a bout between Davis and Alex is also not telling Andrew, it is just something the media created out of thin air. Alex and Davis will only meet in a possible title match, or if both get millions in salary for a match against each other, says Andreas. (translation via google)”