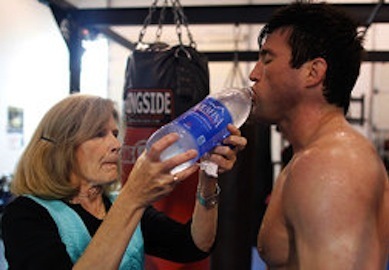 “I’m worried about his safety during filming there. I know you all are legal, decent people. My sister and her family received an exchange student from Brazil who has lived in her house when Chael was younger and they have shared many hours with each other. That said, it only takes one to ruin it … and I pray that you not allow someone to reach Chael in person. He is a great coach and is eager to help the young fighters as much as he can.”

In speaking with the Brazilian Media Chael Sonnen’s mother expressed her concern for her son while he heads south to fil TUF Brazil opposite Wanderlei Silva.

Sonnen’s rivalry with Brazil is storied, but will he be safe amongst the locals while fulfilling his UFC duties?