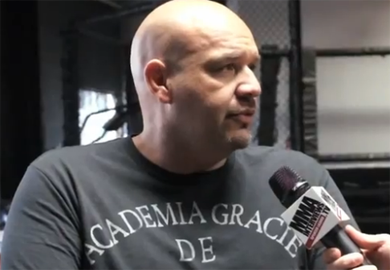 “Maybe a catchweight would be the right thing. I think a catchweight is fair. 178 [would be a fair catchweight]. Anderson told me he can make 170, whether he can or not I don’t know, that’s a lot of weight. ”

“Jon Jones is a tough fight, but Georges St. Pierre is a tough fight too, man. You know, people, you know, they’re both tough fighters, you know? But when you look at Anderson’s stats, he’s close to George St. Pierre’s stats as far as size, as far as reach, as far as age, as far as everything. So he’s closer – there’s less difference in weight, in height, in reach, in all that. Maybe in height it might be similar, a little closer to Jon Jones but in every other way – in weight and everything like that, Georges St. Pierre is closer to Anderson than Jon Jones is to Anderson. “