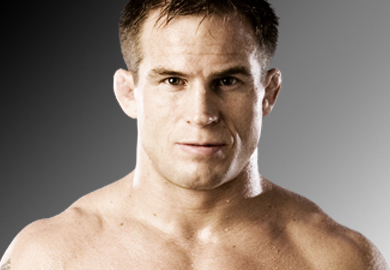 In an interview with BJ Penn Radio earlier this year, Sherk discussed what he would need to get back into the cage, and what is keeping him out.

“Many, many years of wear and tear,” said Sherk. “I don’t want to get into specifics of what’s injured or what’s beat up just because if and when I do step back into the cage I don’t want my opponents pinpointing anything specific.”

“The injuries have piled up. I haven’t fought a fight healthy since I fought Georges St. Pierre in 2005… I have had serious injuries every single time I stepped in the cage for every single fight.”

“It’s just part of the game, it’s a young man’s sport and you can’t do it forever… I have fought injured for so long, it’s just not something I’m willing to do anymore. I only want to fight if I’m 100%.”

“The Muscle Shark” has endured an avalanche of injuries over the years, including a torn rotator cuff, a dislocated foot, torn knee ligaments, bulging discs, and more.

Sherk began wrestling at age seven, and placed at States every year while attending High School in Minnesota. Sherk did not attend college, and instead discovered MMA at Greg Nelson’s Minnesota Martial Arts Academy in 1994. He started competing in the late 90s, and lost a title fight to UFC welterweight champion Matt Hughes at UFC 42 in 2003.

Sherk was stripped of his UFC lightweight title after failing the post-fight drug test at UFC 73. When Sherk returned from his suspension, he was immediately given a title shot against the newly crowned UFC lightweight champion BJ Penn at “UFC 84: Ill Will.” Penn would go on to defeat “The Muscle Shark” via 3rd round TKO that evening, and Sherk would never again enter the UFC title picture.

Injuries increasingly kept him out of the cage thereafter, as Sherk would fight just once more in 2008 and then once more again in both ’09 and ’10.

Sean last competed September 2010 at UFC 119, where he won a split decision over Evan Dunham. The performance earned Sherk ‘Fight of the Night’ honors for the third time in his career.