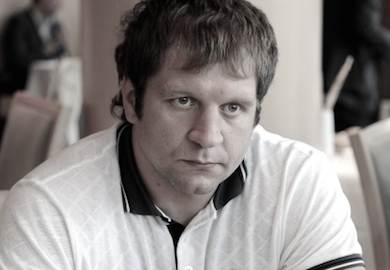 Russian MMA veteran, Aleksander Emelianenko, appears to have made things much worse on himself in the prior week, since his charges of rape and beating his housekeeper came to light.

According to a Russian Report, the MMA Legend has disappeared and failed to appear for questioning and as a result has been put on the Russian Federal wanted list.

Vladimir Markin, a spokesperson for the country’s Investigative Committee said that Emelianenko had been put on the federal wanted list as “he disappeared and did not appear for questioning at the scheduled time,” adding that charges were forthcoming.