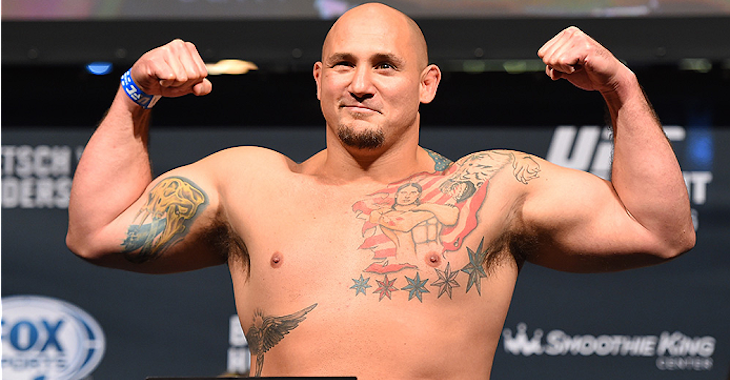 A heavyweight bout between Ruslan Magomedov and Shawn Jordan is the latest addition to October’s UFC 192 event.

Shawn Jordan (18-6 MMA) will be looking to extend his current win streak to four in a row when he squares off with Magomedov in Texas. “The Savage” was most recently seen in action at June’s UFC Fight Night 68 event, where he scored a highlight reel hook-kick knockout over Derrick Lewis. All three of Jordan’s most recent wins have come by way of knockout.

Meanwhile, Ruslan Magomedov (13-1 MMA) has put together an impressive eight-fight win streak, which includes two decision wins under the UFC banner. Magomedov was last seen in action at November’s UFC Fight Night 57 event, where he earned a unanimous decision victory over Josh Copeland.

Who do you have winning this heavyweight bout? Sound off Penn Nation!

This article appeared first on BJPENN.COM
Previous articleRousey And Correia Engage In One Of The Most Intense Staredowns––EVER!
Next articleJon Fitch vs. Yushin Okami Set To Headline WSOF 24
© Newspaper WordPress Theme by TagDiv