Rousey Details The Beating Of Her Pervy Creep Ex BF

UFC bantamweight champion Ronda Rousey is now in a very public and highly talked about relationship with heavyweight Travis Browne. With Rousey’s star power it’s likely that any relationship she has would be examined and discussed, just like all other celebrities, but because it’s Travis Browne, who just went through domestic abuse allegations and had the UFC investigating him, the spotlight is probably going to be shining a little brighter.

After all it was Rousey who time and time again slammed Floyd Mayweather for his past with DV. Although to be clear, Browne was never charged or convicted in his situation and ultimately the UFC cleared him. But, that will not stop people from connecting the two and criticizing Rousey.

Although if you look at her book, ‘My Fight/Your Fight,’ she depicts a time where she was involved in a physical assault situation with one of her ex-boyfreinds.

Check out these excerpts, courtesy of Sean Mooney: 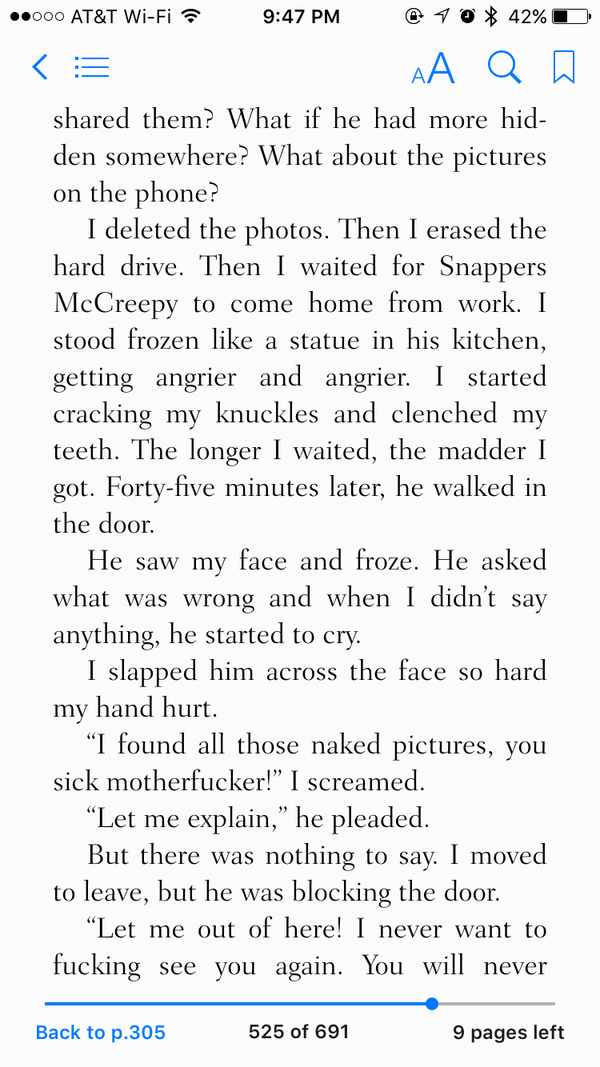 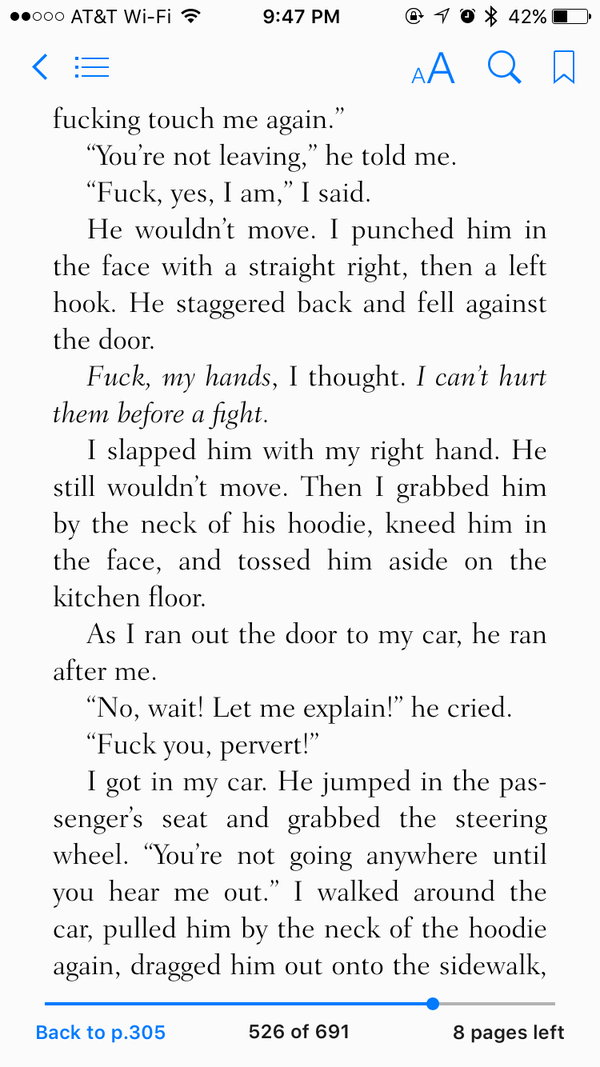 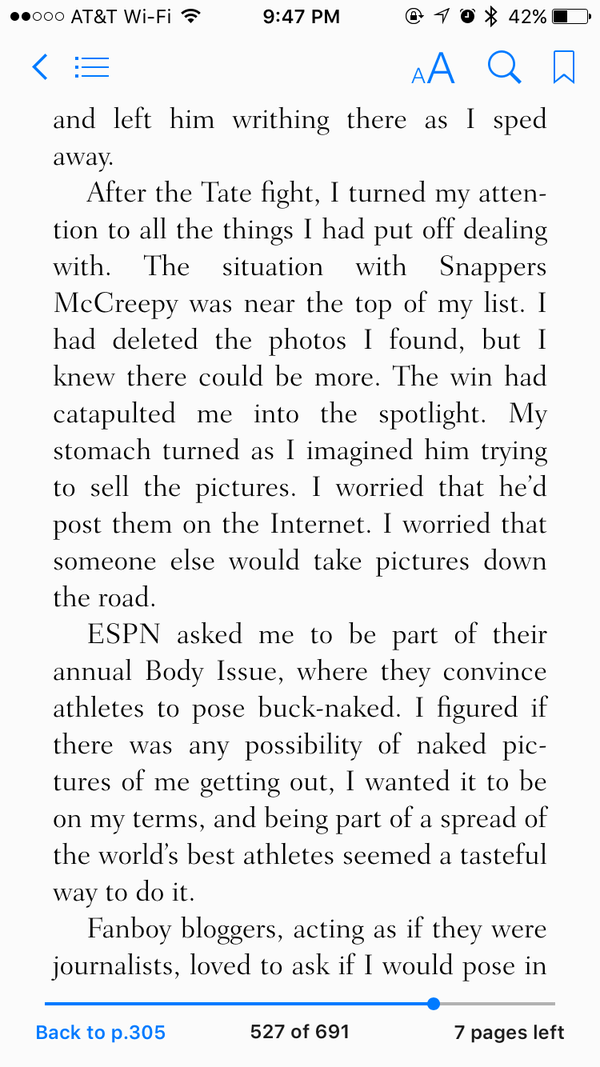 This article appeared first on BJPENN.COM
Previous articleCormier: ‘We’re all fighting each other to fight Jon Jones’
Next articleRonda’s Mom: ‘Edmond is a terrible coach who hit the lotto with my daughter’
© Newspaper WordPress Theme by TagDiv