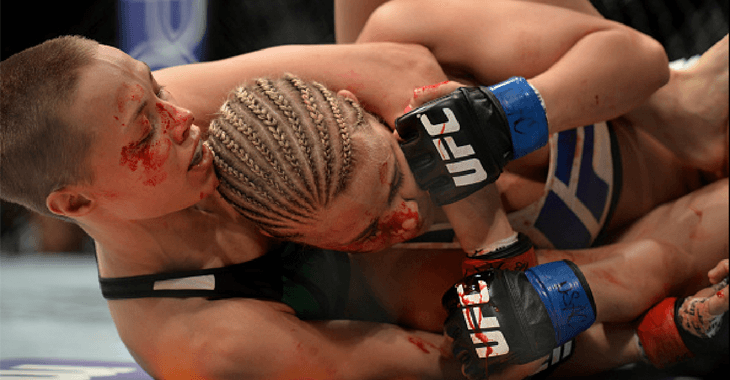 There is nothing more gratifying than getting more money in addition to what you were supposed to be paid. Four fighters from UFC Fight Night 80 went home with an extra $50,000 to add to their contracted pay for their fight.

Rose Namajunas who put away Paige VanZant in the main event was one of two to earn a “Performance of the Night” bonus. Namajunas dominated VanZant in their match and won by submission with a rear-naked choke in round 5.

Joining Namajunas for the “Performance of the Night” bonus award was Tim Means who knocked out John Howard in the second round. After a back and forth round 1, Means connected with a left hook that put the lights out for Howard.

Jim Miller and Michael Chiesa both took home $50,000 for their “Fight of the Night,” which ended in the second. It was a wild and competitive match until round two when Chiesa hurt Miller with strikes and secured a rear-naked choke to take Miller out.

Were you surprised by the outcome of any fights from UFC Fight Night 80? Let’s hear them in the comments!