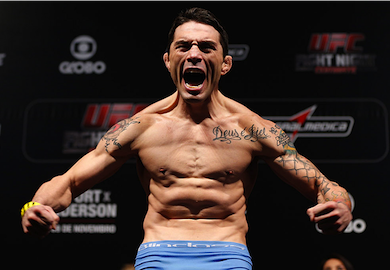 TUF: Brazil winner Rony ‘Jason’ Mariano picked up the first loss of his career last Saturday to Jeremy Stephens. However it was what happened after the fight that put Rony in the media spotlight. After the fight, a devastated Rony smashed a door with his elbow in the locker room which required him to need 15 stitches in his arm.