Rogan Talks Dillashaw: ‘It was the finest performance I’ve ever seen’ 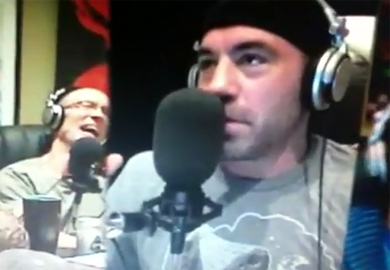 UFC commentator Joe Rogan is really high on TJ Dillashaw. So high, that the longtime UFC commentator believes that TJ’s performance over Renan Barao was the finest example of dominance he’s ever seen.