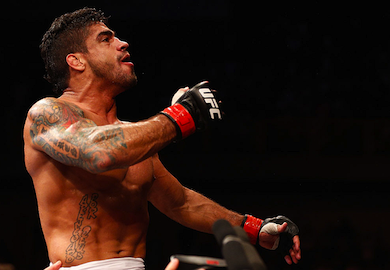 According to a report from MMAJunkie, Thiago Tavares has suffered an injury and has been forced out of his featherweight debut, which was scheduled to take place at ‘UFC Fight Night 36’ opposite Zubair Tuhugov.

Stay tuned for further updates as they become available.