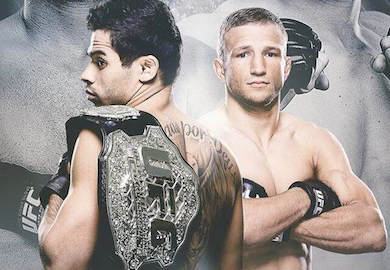 With that being said, here is what he said via MMAFighting.com about UFC 173:

UFC 173, which featured T.J. Dillashaw’s upset bantamweight title win over Renan Barao, is estimated at doing between 200,000 and 215,000 buys on pay-per-view based on a variety of independent sources.

The number is about what would have been expected given the industry trends and neither main event fighter having strong name recognition. Most likely, the co-main event, where Daniel Cormier submitted Dan Henderson to put himself into the light heavyweight title mix, had the most interest of any fight coming into the show.