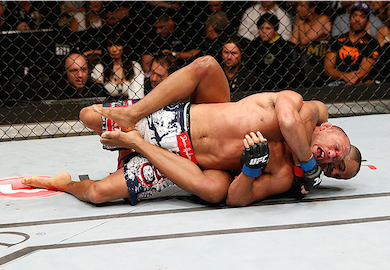 I hope everyone realizes how amazing that step around throw was!!!! Freaking awesome @dc_mma

DC is just to smart and crazy strong! #UFC173

Gustafson took @JonnyBones down, you really think @dc_mma won't do it with ease???