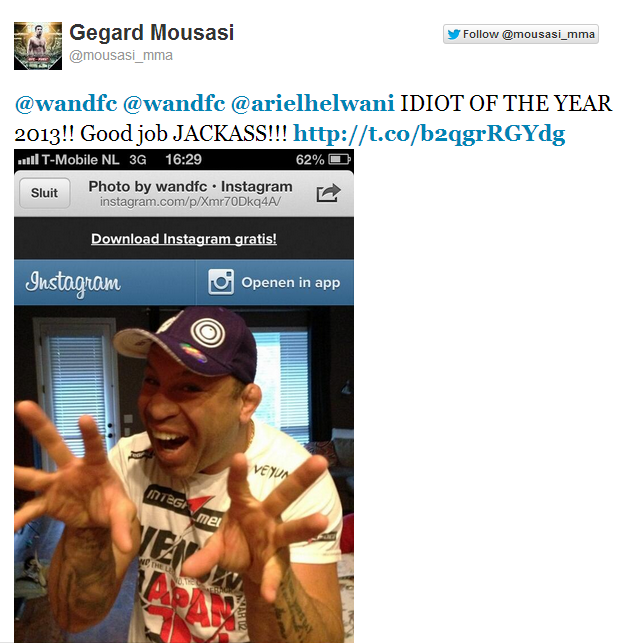 After it was announced that Alexander Gustafsson would be out of his scheduled main event, against Gegard Mousasi this weekend, the internet exploded with rumors.

One of which was started by the man pictured above, Wanderlei Silva, who stated he was contacted by the UFC to fill the UFC on FUEL TV 9’s void.

But yesterday was April Fool’s day and as such, Wand admitted to playing this devilish prank on everyone in the MMA scene.