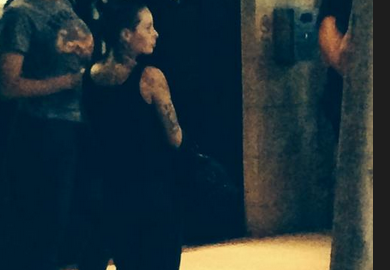 Nearly 3 weeks ago news emerged that Christy Mack had been brutally beaten by War Machine. The attack left her with a broken nose, broken ribs, ruptured liver, and a broken orbital, among damage to her teeth and lips. Mack has recently been released from the hospital, and was spotted by a fan picking up food with a friend. Even in the dark it you are still able to see the damage done to Mack’s face.