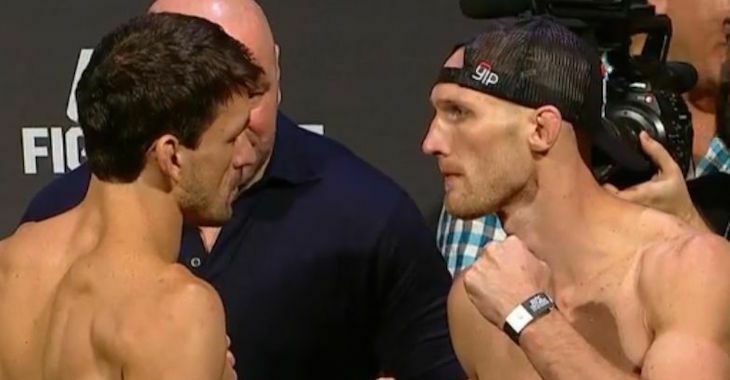 LaFlare went into the fight with an undefeated record, but ultimately Maia’s ground game proved to be too much. For the first four rounds Maia dominated LaFlare, then in the fifth and final round it appeared that Maia had gassed and was simply trying to survive the late rally from LaFlare. He did and went on to win the fight via unanimous decision.

The MMA world took to Twitter to express some of their thoughts on the nights main event. It seems as though there was somewhat of a mixed reaction to the grappling heavy fight.

Flopping on you back in the main event! Never good!

No submission from Maia, but those guard passes were worth there weight in black belts!

Mah God, it’s like he rides the momentum of his opponents’ movement like a freaking professional equestrian. — Julie Kedzie (@julesk_fighter) March 22, 2015

Maia is all over laflare. He flows on top and that’s hard as fuck to get away from — Scott jorgensen (@Scottjorgensen) March 22, 2015

Tonight has been some fantastic MMA grappling, Maia showcasing some serious skills here

Fucking lay and pray then try to run and play it safe for the win?? Pussie! No respect! Scrap!!!!

Much respect to @RLaFlare for his sub defense. @demianmaia is a beast on the ground @ufc