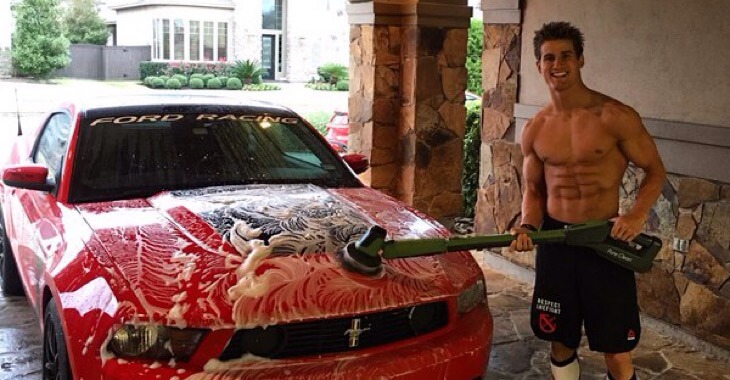 Conor McGregor looks like he’s not the only one that likes to take pics with his ride. “Super” Sage Northcutt defeated Cody Pfister at UFC fight Night 80 a few weeks back earning him a payday that follows;  ($40,000 + $40,000 = $80,000) Cody Pfister in the loss picked up ($12,000) for his efforts.    These figures do not account for sponsorship or any additional revenue.

You would think that the pressures of being one of the future stars in the largest platform for MMA would be at least a little shook up about all the publicity, big lights and future big fights for the 19 yr old.   Judging by his demeanor it almost seems like the kid from Katy TX knew that life was going to turn out the way it has so far.

Who should Northcutt go up against to further his rise in the super-stacked lightweight division?