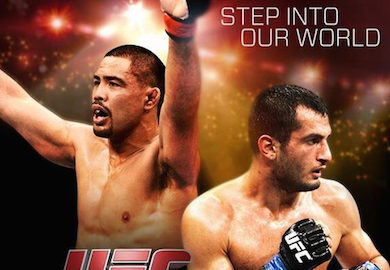 UFC officials have released the official ‘UFC Fight Night 41: Munoz vs. Mousasi’ poster for their upcoming May event going down in Germany.

‘UFC Fight Night 41’ goes down on May 31, from Berlin’s O2 World Arena. As part of a UFC double-header, the Sonnen vs. Wanderlei fight card goes down on the same day in Brazil. 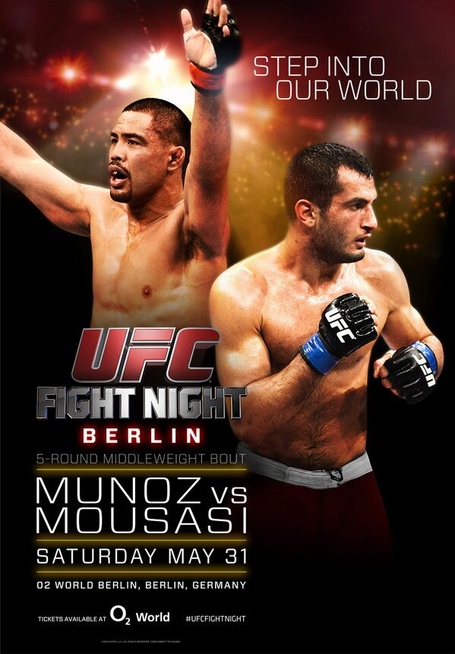