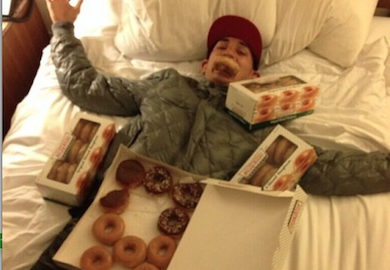 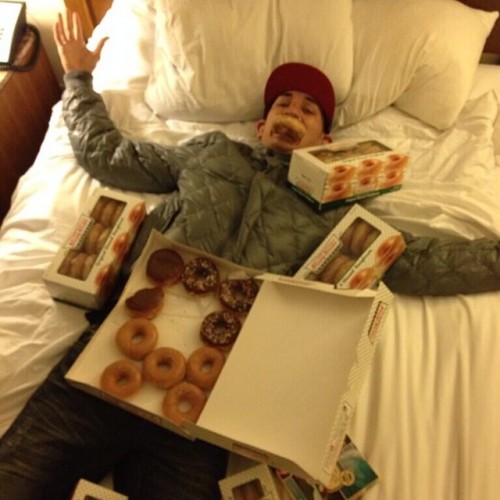 Following his impressive UFC 172 victory over, Team Alpha Male’s Andre Fili, Max Holloway told Joe Rogan that his coach promised him a barrel full of Krispy Kreme donuts if he won via submission.

And, as the picture shows, he got his due.