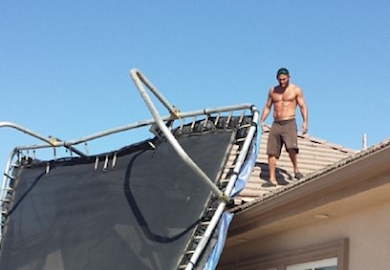 While the former PRIDE and STRIKEFORCE champion isn’t training, he’s apparently fighting off Tornado’s in his hometown of Temecula, CA.

“Just had a tornado at our house. Picked up our trampoline and landed on the roof!! Crazy! Anyone else in Temecula area have anything?”


“Got my training session in for today…it definitely did some roof damage. Apparently we are the only ones with any damage!”