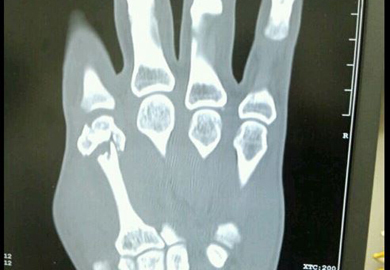 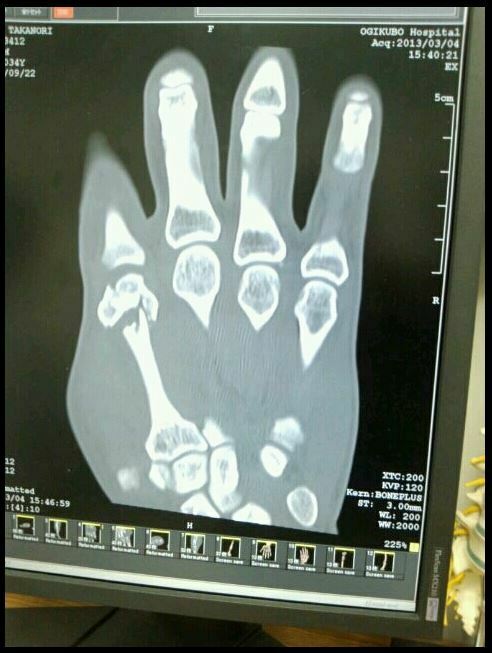 As if losing a controversial split decision to Diego Sanchez this past weekend wasn’t enough, Takanori Gomi also suffered a broken right hand in the first round of the bout. This means Gomi delivered what many consider the most exceptional performance of his career, with a handicapped hand. Gomi posted a picture of his broken hand on his blog.

About one minute into the fight, Gomi landed a right hand to the top of Diego’s head, and shook out his glove in pain. However, he still fought through the pain, and even connected his right hand several times throughout the duration of the fight. Even with a limp hand, Takanori Gomi ended up out-landing Diego in all three rounds of their fight. My respect for Gomi just skyrocketed.