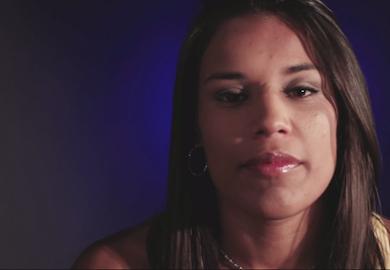 The big topic last week was the horrible and tragic injury of TUF winner Julianna Pena.

Pena suffered a severe knee injury that will likely keep her on the shelf for the better part of two-full-years.

UFC President Dana White told us that he believes it was a disgusting act of assault by a male teammate that caused the injury and he urged Pena to leave her team.

Now the head trainer, Rick Little, has released a statement to the media about the incident and the accusations of assault:

“Julianna is the heart and soul of our team and absolutely nothing was more devastating than carrying her to my car last week.

Years ago, the girl got hit by a drunk driver walking on the sidewalk and broke bones in her face and got up and called me. She got her arm broken in a fight and finished the round fighting back with one arm and begged me not to stop the fight on the stool. But seeing her laying on the mat last week and not getting up, I knew it was serious. She always gets up. Julianna even called Dana on the way to the hospital to say she might be out, but I sent a tweet from the hospital saying she was out even before the results because I was scared if she only had an ACL tear she was gonna still fight no matter what. like shes done before. She is the toughest person I’ve ever met.

The accident was plain and simple. It was a training accident that happened with her normal 145lb training partner for years. There wasn’t any horseplay or assault. I guarantee the guy would be in the same condition as her if there was.

The problem I have with all this is that my gym and her training partner got put on blast with no facts. Female athletes’ knees are very prone to injury. I have two professionals in my gym, Alyse Honnold and Elizabeth Phillips, both have had knee surgeries BEFORE they even joined my gym. Mike Chiesa needed knee surgery after his brutal 5 fights on TUF and Julianna’s knee blew up after her Shayna (Baszler) fight but she kept going. Most of the girls on TUF were injured or limped through and Julianna barely made it to the finale herself. Seeing Cat (Zingano) go down with a knee injury and Kelvin’s knee blow after the rigors of TUF, I feel for all of them because people don’t know the pressure there is to stay winning and keep Dana and the fans happy.

It is so difficult to keep a young, hungry, and driven athlete like Julianna from injuries. Especially having four fights in a row and right back to camp for another. She has been in camp since March 1 before TUF. No girl has had a schedule like that ever in any combat sport. Never did her training partners or workouts ever change. But anytime an injury happens in your gym its terrible and I’m 100% to blame.

My pros are hardworking blue collar guys and girls. Our team spark, centerpiece, and someone I love just went down and we are all so devastated beyond words. Looking over and not seeing Julianna on her spot on the mat that she’s always at for the last five years is something I can’t accept.

In hindsight we should’ve never taken the fight and let Julianna rest, but it feels like we aren’t a big enough gym to say no. I’ve watched (Sam) Sicilia throw punches with a broken hand, Chiesa fight three weeks after surgery, and I just can’t let this happen anymore. This sport has taken the life out of me.”