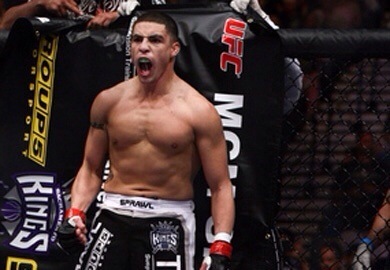 The card will be headlined by Benson Henderson and Rustam Khabilov.

TUF 1 middleweight winner Diego Sanchez has had difficulty finding success in the Octagon as of late, going just 2-3 in his last 5. “The Dream” is currently on a 2 fight skid, losing back to back decision’s against Gilbert Melendez and Myles Jury.

Ross Pearson has found more success in the Octagon however. The TUF: US vs. UK winner hasn’t stepped in the Octagon since October when he fought to a no-contest with Melvin Guillard due to an illegal knee. Prior to that Pearson was riding a 2 fight win streak. “The Real Deal” suffered a knee injury forcing him out of a rematch with Guillard.

The UFC Fight Night 43 card is as follows: