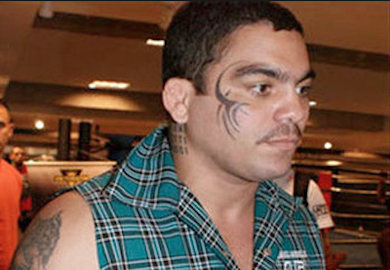 The once dominant PRIDE FC fighter Paulo Filho has been hospitalized in Brazil after suffering a seizure before he was slated to fight Amilcar Alvez at Fatality Arena 7 last night.

Filho started his career going 16-0, even winning the WEC championship. Filho picked up wins over elite level fighters such as Murilo Rua (Shogun’s brother), Ryo Chonan, and Chael Sonnen before losing a rematch to Sonnen.

Following the loss, Filho went on a 4-fight win streak before fighting Dennis Kang to a draw. Filho then lost another fight, but bounced back three months later to go on a two fight win streak, the last streak of his career. Since then Filho has gone 1-4-2, and battled a drug addiction to roofies.

Our thoughts are with Filho and his family.