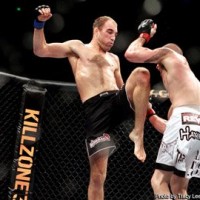 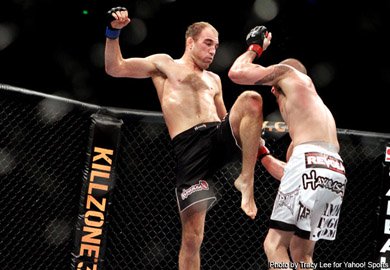 Coming off of a close victory over T.J. Waldburger, Brian Ebersole (50-14-1, 1 NC) has been called on to replace a recent opponent in Claude Patrick, as he steps up to fight James Head (8-2) at the injury-riddled UFC 149 card, scheduled for July 21st at the Scotiabank Saddledome in Calgary, Alberta, Canada.

Ebersole fought just a few weeks ago on June 22nd, at UFC on FX 4, and came away with victory. Now he looks to keep an 11-fight win streak alive with a win over Head. Ebersole was rumored to be attempting a drop to lightweight but with this latest fight in the 170-pound division, it looks like Ebersole will have to put lightweight dreams on hold.