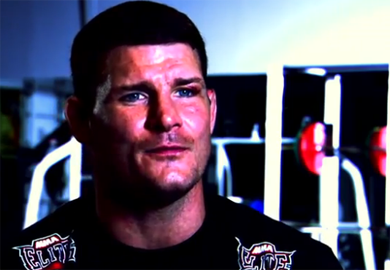 Michael Bisping has done everything he can to become a UFC champion. He had an impressive run in the 205 pound division that saw him go undefeated for the first three years of his career until he faced off with fellow TUF winner Rashad Evans at UFC 78 to get handed his first loss.

The defeat sent “The Count” packing down to the UFC’s middleweight division where he has been able to put together an impressive 9-3 run.

With his most recent loss being a razor thin decision against Chael Sonnen, Bisping is almost ready to attempt a title challenge. However, as he tells it to ESPN, he’d also like a crack at the former middleweight king, Rich Franklin.

“Alan Belcher has been calling me out for a long time, he’s been quite impressive, so I’d love to fight that guy,” Bisping said. “Anderson, Weidman, Belcher… they’re three names I’d like to fight.”

“I’d like to fight him out of respect – he’s one of the all-time greats. I’ve got nothing but respect for Rich, he’s a fantastic fighter.”