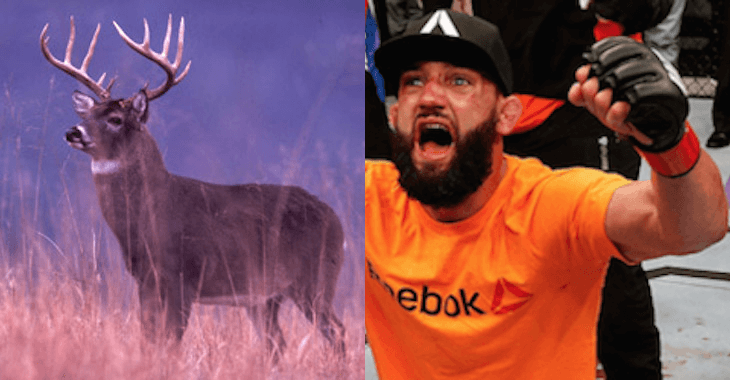 That’s right, Hendricks joined The MMA Hour on Monday and said that a major factor in why he had issues with cutting weight this time around was his deer meat heavy diet.

Hendricks said after the situation his team did some research and learned that a diet full of high protein animal protein can lead to kidney stones and failed intestines, which happens to be exactly what went wrong with his weight cut. So, go figure.

“That’s what sucks more than anything, is that you work so hard to showcase what you have, and all of a sudden the diet that we were on backfires. Which sucks, but I’ve learned after we did this, we did a lot of research, and I was eating a lot of deer meat and a lot of high-protein animal protein, which, that’s the leading cause of kidney stones and your intestines failing you.

“I had no idea, because I usually eat a lot of fish and a lot of chicken. I wanted to eat more protein, a lot of cleaner protein, so we focused more on that and it ended up backfiring. I think that if I would’ve eaten more chicken and salmon, I wouldn’t have been in this situation.”