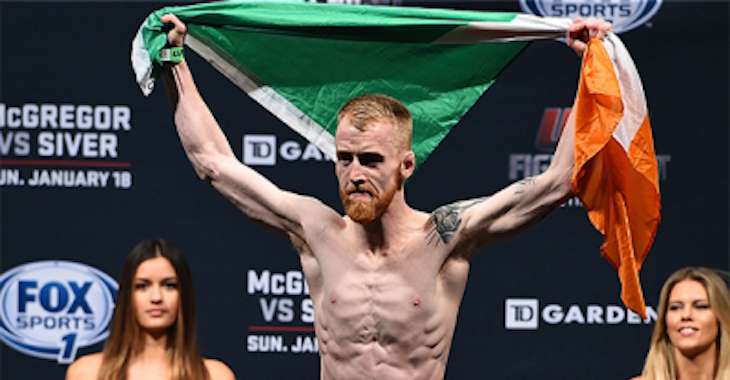 Another change has been made to next Saturday’s UFC Fight Night 76 event in Dublin.

The UFC announced that a flyweight fight featuring Paddy Holohan and Louis Smolka has been moved to co-main status.

The event was originally slated to have a heavyweight fight between Ben Rothwell and Stipe Miocic as its co-feature, but Miocic suffered an injury earlier in the week and was forced to pull out of the contest.

The UFC initially announced that a lightweight fight between Norman Parke and Reza Madadi had replaced the Miocic vs Rothwell fight, but that is no longer the case.