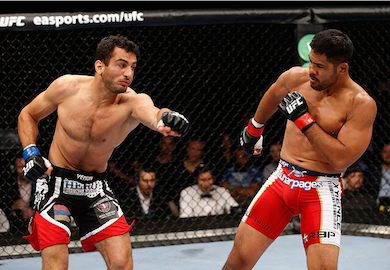 Saturday’s UFC Berlin main event may have been cut short due to an early injury suffered by Mark Munoz.

“Mark will have his knee looked at when he returns to the states. It buckled during the first takedown in the Munoz vs. Mousasi fight. When we receive the results of the MRI, we will update all.”

No news on the status of Mark’s potential fight-altering injury, but we will release an update as it becomes available.