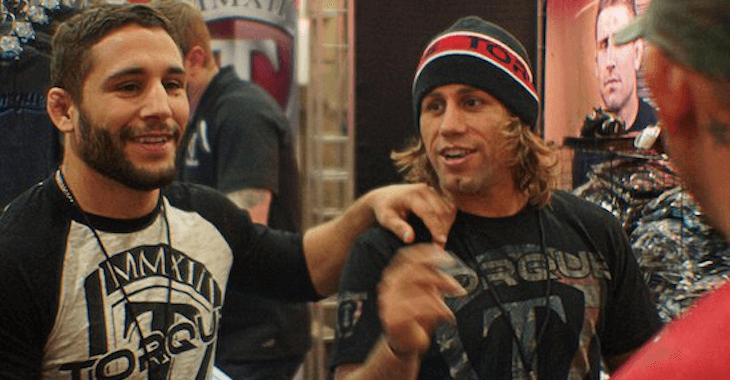 Season 21 of “The Ultimate Fighter” was a unique twist on the UFC’s reality show featuring two decorated fight camps with American Top Team and the Blackzilians facing off against each other. It was the first season for the reality show to feature an entire team pitted against each other in the battle to win $500,000 throughout the season.

A recent Sherdog interview expressed an interesting team match up by Team Alpha Male’s jiu-jitsu coach Fabio “Pateta” Prado. Prado expressed a great interest in the fight camp based season of “The Ultimate Fighter,” saying that a match up between Team Alpha Male and Brazil’s Nova Uniao would be a great opportunity for the lighter weighted fighters.

“It would be amazing. Besides the rivalry, these two teams have hundreds of lightweight talents waiting for an opportunity,” Prado said. “I truly hope Dana makes that decision.”

Did you like the fight camp season of “The Ultimate Fighter?” What other camps do you think would make for a great season?