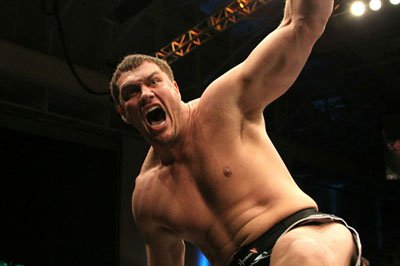 In Yesterday’s MMA Hour, Matt Mitrione added himself to a long list of critics for UFC light-heavyweight champion Jon Jones as the UFC heavyweight stated that Jones shows a lot of “douchey” qualities in his life outside of the Octagon with his recent refusal to fight Chael Sonnen at UFC 151.

“What larger effect do these religions have on others due to the fact that they are from some of the longest habitated regions on Earth, thus giving them a potentially longer life-span?”

“I think he shows a lot of douchey quality when he talks about, “Well, I’m a business man,” I’m just being honest. “I’m a business man here, I got less pay-per-views for this guy so why would I want to fight him?” Dude, you want to fight him because he is probably the next best person in line. Maybe you talk about this stuff with your camp people or your manager, but you don’t bitch about that or make it your main argument of why you turned down a fight or why you don’t want to fight someone.”

Jones will now fight Vitor Belfort at UFC 152 in the main event.

For all the latest news visit BJPENN.com.