Mirsad Biktic Out Of FN 49 Bout Against Max Holloway 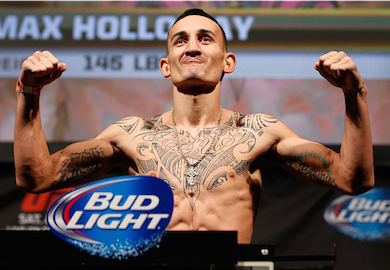 Mirsad Bektic was forced out of his Fight Night 49 bout against Max Holloway later this month. Taking his place will be UFC newcomer Clay Collard.

Clay Collard is 13-4 in his MMA career, and will be riding a 3-fight win streak into the bout, with one of the wins coming over UFC vet and Team Alpha Male coach Justin Buchholz. 10 of his 13 career wins come by way of stoppage.

The UFC Fight Night 49 lineup is currently as follows: