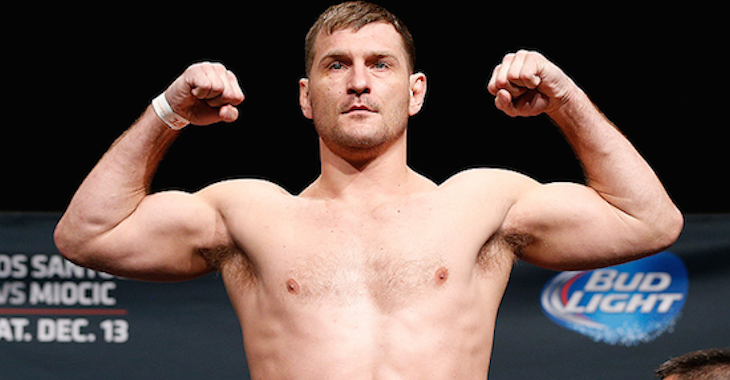 Andrei Arlovski may be a former UFC champion and riding a 6-fight win streak, but to Stipe Miocic, he’s just another fighter in the way of his UFC championship dreams.

Miocic, who is coming off a KO win over Mark Hunt back in May, spoke to UFC.com to discuss his UFC 195 bout against Arlovski on January 2nd.

“He (Arlovski) is on a great winning streak, he’s fought the best in the world, he’s a former champ and he’s a tough guy. He’s been there, done that, but he’s just another guy in front of me for me to put down.”

Who do you have winning this pivotal heavyweight matchup?