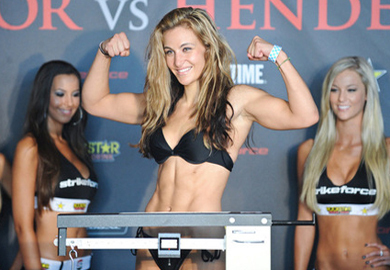 “There’s no way. I think there’s no way that would be fair or right. I don’t think anybody in their right mind would say that would be fair. I would love the opportunity to fight Gina. If she’s gonna make a comeback, I think anybody that wants to get to Ronda, I think that they should have to go through me or Liz [Carmouche] or somebody that’s proven themselves as giving Ronda a pretty tough go.”

While talks of a Carano return are heating up, we now have at least two former title challengers questioning the pecking order in the UFC.

The latest round comes from Miesha Tate, a two-time challenger to Ronda Rousey, who believes (via FOX Sports) Gina Carano should prove her worth before stepping into a UFC title fight.