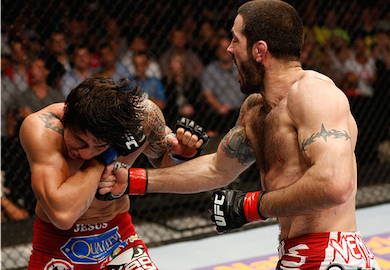 UFC Fight Night 40 marked the fist time in seven-years The Ultimate Fighting Championship hit ‘The Tri-State’ in Cincinnati Ohio and the show delivered.

Event headliners Matt Brown and Erick Silva put on a memorable performance, but are paying the price today with their indefinite medical suspensions. Both fighters will need to receive medical clearance before they can resume training.

Other medical suspensions from Saturday’s Fox Sports 1 event are as follows: