Home » UFC NEWS » Matyushenko In Against Hamill At UFC 152 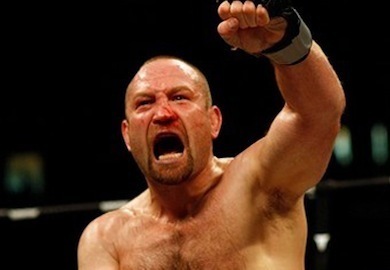 Matt Hamill will not have an easy return from retirement as he now faces tough Belorussian veteran, Vladimir Matyushenko at UFC 152 at the Air Canada Center in Toronto, Canada.

Both men are coming off TKO losses to Alexander Gustafsson.

For Hamill his last lost (and fight) was last August at UFC 133 when he promptly retired after the fight. Hamill has faced tough veterans in the past and will look to capitalize on being given a more household name as an opponent.

For Matyushenko, the 41-year old will be looking for a statement win to prove that he still has some fight left in him. Currently, Vlad is 2-2 in his last four dropping two fights to Gustafsson and the UFC light-heavyweight champion, Jon Jones.