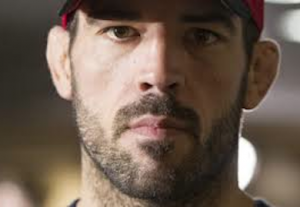 With the UFC’s welterweight division now wide-open, top contender, Matt Brown is making sure his name gets brought up on the list of possible contenders.

During a recent AMA (Ask Me Anything) on Reddit, Brown said he has it was it takes to beat the current champion, Johny Hendricks:

“Yes (I deserve a title shot) and I believe I would beat Hendricks handedly… Cuz (unlike Robbie Lawler) I don’t patty cake. Anyone I hit that many times will be ko’d no question.”

Should a win get him a title shot?