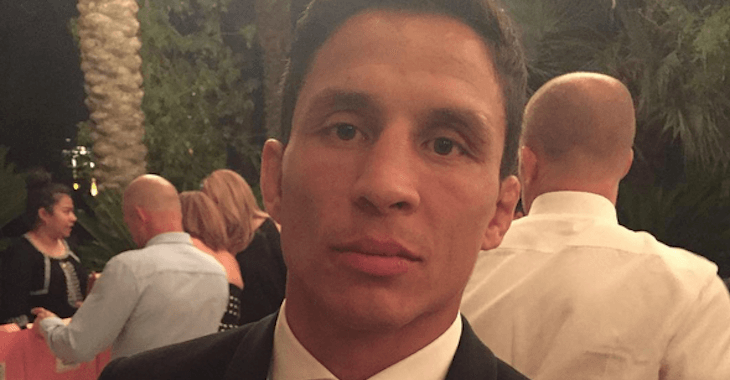 Joseph Benavidez has had one hell of a year inside and outside of the octagon.

Since losing to Demetrious Johnson in late 2013, Benavidez has shown improvement in every single fight he has been in. Benavidez rebounded quickly with a crazy submission win over Tim Elliott and followed it up with a decision win over Dustin Ortiz. After picking up a win over John Moraga, Benavidez stepped into the octagon at UFC 192 in October 2015 and earned a decision win over Ali Bagautinov.

Then, six days later he got married to UFC analyst Megan Olivi. The two have been dating for quite some time and decided to tie the knot six days after Benavidez fought! He busted his hand up during his fight with Bagautinov and actually couldn’t fit the ring around his finger! Check it out in the picture below!

When you fight 6 days before your wedding ….. Your ring may or may not fit on your hand. #FighterProblems #Benalivi #BenaliviWedding

How far from another title shot do you think Benavidez is? Share your thoughts in the comment section below!