Lesnar Rep: ‘Cain Velasquez is the devil, but Brock thinks he can kick his ass’ 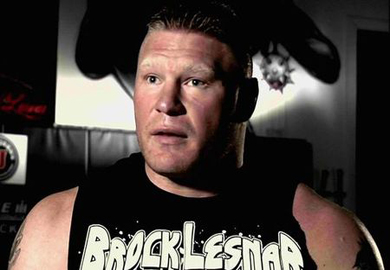 “Brock Lesnar avoids watching UFC because every person that he watches, he will turn and say, `I could whip that guy’s ass.’ Sometimes I’ll say, `Did you happen to see this fight because it’s really good?’ The one I remember, I couldn’t believe the butchering that Cain Velasquez put on Bigfoot (Antonio Silva, in their first fight in 2011). Cain Velasquez is the Abdullah the Butcher of the Octagon. He scars everyone he faces. He scarred Brock Lesnar. He not only beats people within an inch of their lives, he bloodies and massacres guys in the Octagon, and he’s the nicest guy, which makes him so scary. He doesn’t have to be loud, and then he gets into the cage, he’s the Tasmanian devil, a whirling dervish. He’s the devil.

“I saw that beating. It was so impressive. I said, `Brock, you have to watch this.’ Brock turned and said, `I could kick his ass. I see exactly how I’d do it.’

Personal mouthpiece for Brock Lesnar, Paul Heyman took to “The MMA Hour” to discuss several topics, including the future and current possibilities for the former UFC heavyweight champion in Lesnar.