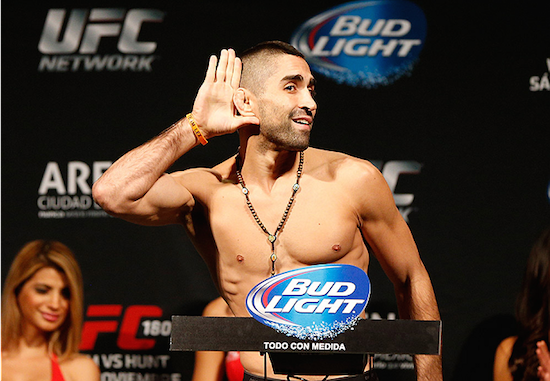 Following his dominant, and impressive win over Dennis Bermudez at UFC 180 last night (See that HERE), Ricardo Lamas stated he would like to fight Conor McGregor next before getting another shot at Jose Aldo.

He spoke to MMAJunkie at the post-fight press conference saying:

“I want to get back to the title shot. The biggest guy everyone is talking about in the featherweight division is Conor McGregor. I’d love to fight with him. I know he’s matched up in January, but if he wins that fight, I think he has to fight a wrestler like me before he gets the title (shot).”

What do you think PENNation? Who do you want to see Ricardo Lamas fight next?