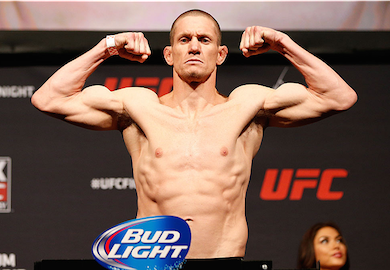 UFC Fight Night 47: St. Preux vs. Bader takes place at the end of summer, and it just picked up another bout.

Alan Jouban, who will be making his UFC debut, will fight Seth Baczynski.

Jouban is riding a two fight winning streak into the Octagon with back to back wins in the RFA.

Seth Baczynski on the other hand is just 2-3 in his last five, most recently dropping a decision loss to Thiago Alves in April. Prior to that he defeated Neil Magny via decision, and before that dropped back to back losses to Brian Melancon and Mike Pierce.