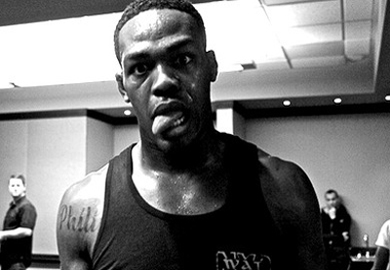 UFC Light Heavyweight Champion Jon Jones was arrested earlier this morning for a DUI (Driving Under the Influence) after crashing his Bently, and ultimately totaling it in Upstate NY, TMZ learned.

Law enforcement stated that the UFC fighter crashed his car into a pole at 5:00 AM on Saturday morning in Binghamton, NY. The cops arrived at the scene and confirmed that the car was totaled and arrested Jon Jones on the scene of the accident. Sources close to the situation say that Jones was arrested by the Broome County Sheriff and was bailed out a couple hours later by his mother.

“I can confirm that Jon Jones was arrested early this morning on suspicion of DUI. While the facts of this situation are still being gathered and situated, First Round Management fully supports Jon and we are asking for fans and media to respect the privacy of Jon and his family during this time.”

Stay tuned to BJPENN.com for more on this breaking news.