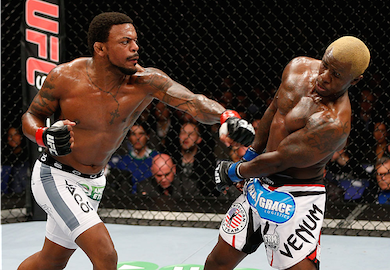 “I’m a little pissed off that our fight was considered bad. I came in here wanting to fight and he was running and not engaging or anything. He was talking a lot of shit before the fight, and I expected him to do something, but instead he didn’t. I did think he was a little scared of me in this fight.”