Joe Rogan Does Not Approve Of The Jones-Cormier Brawl 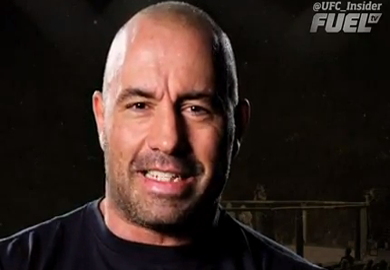 “I think it’s ridiculous. It’s ridiculous. Some of it’s gamesmanship, but it’s just so bad for the image of the sport. It’s pretty rare, but that’s a high profile fight. I mean, Ronda Rousey and Miesha Tate got head to head in each other’s faces and it was pretty hot, right? But they were professional about it. They didn’t do anything about it. These guys were not professional. You can’t do that. You can’t grab each other and fucking slap.”

“Nobody wants to give ground. They don’t want anybody getting any psychological advantage so they have to show each other, ‘I’ll fucking fight you right here, bitch.’ That’s when shit like this happens. The importance of that not happening is huge. It’s huge. It’s just such a negative connotation attached to what that is. Just violence. The difference between that kind of violence and the violence of a sport is that the violence of a sport, everyone is agreeing with that scenario.

“It’s fun for people to watch. Part of me, I have two ways of looking at it. Part of me is like, ‘That’s bad for the sport’ but part of me is like, ‘How do I feel about it, though?’ Does it bum me out? No. No, it doesn’t make me upset. I’m not upset. I’m looking forward to watching this fight even more, now. Look, would I have liked it to not happen? Absolutely. Absolutely. I wish that they were very professional about this. They don’t need to do that.

“That fight is going to be amazing no matter what happens, but since it did happen and I got to see it I’m like, ‘Whoa!’ I’m not going to pretend like that’s not fun. I’m not going to pretend like that didn’t make everybody way more excited about that fight because it fucking for sure did. It’s not good to do, but it was fun to watch and more people are going to be excited about the fight. That’s the catch 22. There’s no real black or white about this. As a representative of the sport I absolutely wish it didn’t happen.

“Part of me gets bummed out when I see shit like that, but part of me is like, ‘Look, they’re going to fight eventually, anyway. So they fought a little here. Get a little taste.'”

During a recent episode of ‘The Joe Rogan Experience‘ Podcast, UFC commentator Joe Rogan gives his take on the Jon Jones vs. Daniel Cormier Scuffle.