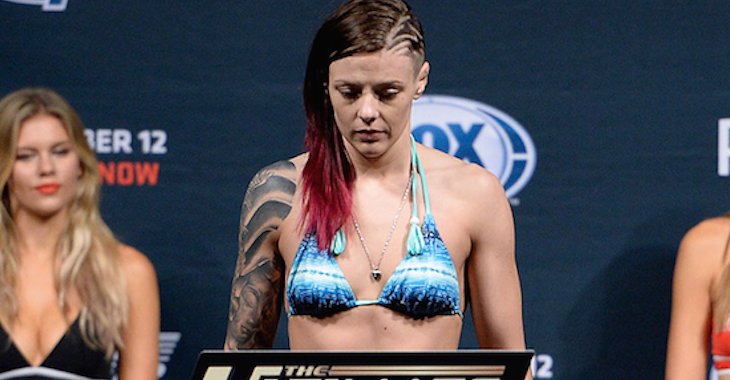 Joanne Calderwood (9-1 MMA) will be fighting in her home country for the first time when she faces off the Rawlings this July in Glasgow. “JoJo” is coming off the first loss of her professional career, which she suffered to Maryna Moroz at April’s UFC Fight Night event in Poland. Prior to the setback, Calderwood had earned a unanimous decision win over Seo Hee Ham at the TUF 20 Finale in December of 2014.

Meanwhile, Bec Rawlings (6-4 MMA) was most recently seen in action earlier this month in Australia, where she earned a first-round submission win over Lisa Ellis. Prior to that, “Rowdy” suffered a decision loss to Heather Clark at December’s TUF 20 Finale event in Las Vegas.

UFC Fight Night 72 takes place July 18 in Glasgow, Scotland. The event is headlined by a middleweight fight between Michael Bisping and Thales Leites.